Slowly Does It For Superstar-Free Jamaica
Advertisement

Jamaica could have had the fastest man in history in their sprint squad at the Commonwealth Games next month. Instead, they will have someone by the name of Slowly.

Usain Bolt announced in June that he would not be representing his country on the Commonwealth stage in Delhi
but neither will the other five speed merchants who, together with the Lightning Bolt, make up the top six places in the Commonwealth 100m rankings.

Like Bolt, Nesta Carter, Asafa Powell, Yohan Blake, Mario Forsythe and Michael Frater have all run under 10 seconds this summer. In their stead in Delhi, Jamaica will be represented by Lerone Clarke, who has run 10.10sec this year, Oshane Bailey, who has clocked 10.11sec, and Rasheed Dwyer, whose season’s best is a decidedly modest 10.29sec.

In the 200m, the Jamaican selectors have chosen Steve Slowly, who would appear to be living up to his name this year. The 30-year-old is not one of the 19 Jamaicans who feature in the world’s top 175 in 2010….Read More At Independent 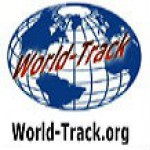